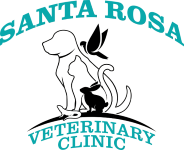 Dr. Michael Padgett grew up in Pleasant Home, Alabama, and was very active in 4-H and FFA along the way. His family ran a farm with timber, cattle, peanuts, and hay. He went to Auburn University and received a B.S. degree in Animal and Dairy Science with a minor in Poultry Science in 1999, before being admitted to Auburn College of Veterinary Medicine. He graduated with a DVM in 2003.

After graduation, Dr Padgett spent five years practicing in two clinics, working on both large and small animals in Alabama. He made the move to Gulf Breeze, and took on the challenge of Zoo Animal care along with clinical Small Animal/Exotic Animal practice for the next decade. In January of 2019, he purchased Santa Rosa Veterinary Clinic in Milton, bringing with him all the experience gained in his previous positions.

In his spare time, Dr. Padgett likes to go fishing, and still spends time helping his father on the family farm. He has two young boys and a lovely wife, and lives in Gulf Breeze. He is very active in his community, and in the veterinary profession. He is President of the Hickory Shores HOA since 2010, Vice President of the alumni Omega Tau Sigma Veterinary Fraternity at Auburn University, a member of Coast Community Church, and helps in the Made With Love ministry (the church food pantry).

He has one very spoiled dog named Miter, who was a rescue from Pensacola Hotel for Cats and Dogs, along with a cockatoo named Babe (also a rescue) and one orange tabby cat named Oscar(who was a stray).

Dr. Rowley is originally from West Virginia (Let’s Go Mountaineers!), but grew up outside Nashville, Tennessee. He graduated from Lipscomb University in Nashville with a Bachelor of Science in Biology prior to attending the University of Tennessee College of Veterinary Medicine in Knoxville. After earning his Doctorate of Veterinary Medicine in 2005, he practiced large animal medicine and surgery in East Tennessee for one year prior to embarking on a new direction in small animal medicine and surgery.

Dr. Rowley practiced small animal medicine and surgery in East Tennessee until moving to Gulf Breeze in 2016. He worked alongside Dr. Padgett in Gulf Breeze for 3 years. Dr. Rowley then joined Dr. Padgett at Santa Rosa Veterinary Clinic in 2019, and he is excited to be a member of the SRVC veterinary care team.

Dr. Rowley and his wonderful wife Heather are raising three boys, who keep the family busy. The family is a part of Storypoint Church in Gulf Breeze. In their free time, the family enjoys time at the beach, bicycling, swimming, and hiking.

Completing the family is an energetic black Lab named Blaze. Blaze loves to play fetch and be with his family. Over the past few years, the Rowley family has also been busy raising monarch caterpillars until they become butterflies.

Beth has been with Santa Rosa Veterinary Clinic since January 2019. Prior to becoming an office manager she was a Veterinary Technician and has experience with small animals and exotics. Beth lives in Navarre with her boyfriend and their children that range in age from 7- 16 years old and their 3 big goofy dogs. On the rare occasion that she has free time she enjoys fishing, boating, and being at the beach.

Taylor joined the Santa Rosa Veterinary Clinic team 6 years ago and has been loving it ever since! She was born in Michigan and grew up with a father in the Navy, causing her to move from place to place when she was younger until her family finally settled down in Milton. With 9 years of experience in the field, she is very knowledgeable on all sorts of animals. Taylor loves to work with exotic animals but is a self-proclaimed cat and bird freak! Taylor has one daughter who she adores and has endless funny stories about. Taylor also shares her home with a former feral cat named Mercy a bourke parakeet named Pazuzu, and a Cockatiel named Louie. She plans on having a lot more birds in the future. In her spare time Taylor enjoys fishing, reading, and listening to rock-n-roll. She also loves to relax at home, read books,  and watch tv.  She is a HUGE fan of rainbows despite horror being her favorite genre.

Rachel joined the tech team here at SRVC in the beginning of February and has been a local to the Gulf Breeze area her whole life. With adorable 2 dogs in her life-Zac and Burt-it’s no surprise that one of her favorite past times is going to the beach with her pups. She also enjoys reading and helping others. She’s a registered medical assistant, a certified phlebotomist, and worked in a child psychiatric ward for 3 years before joining our team. Rachel has spent her whole life caring for animals, first starting with horses and even riding competitively for 8 years. Rachel’s favorite thing about animal care is getting all of the puppy kisses! We’re grateful for all of her hard work here at SRVC!

Page joined our team about a year ago and has been seen working both reception and the tech side of things here at the clinic. She came from Arkansas but has been a local to this area for the past 15 years. Page LOVES working here with all of your beautiful animals. While she has only 2 fish at the moment, she hopes to add some furry family members in the future. When asked what her favorite thing about working with animals is, Page responded by saying how loveable they are and that she loves watching them grow. Her hobbies include aggravating Lacretia at and away from work and going to the beach with her family. Page has a 3 year old son and 1 year old daughter, who she loves to tell stories about and share pictures of them as they grow. She loves to laugh and play pranks on everyone at work, but is a big loveable goofball. We all love having Page here at the clinic and we’re thankful for all of her help!

Michele has been with SRVC since 1999. She has been a Pace resident all her life. She has a son and a daughter who I’m sure you have seen her working with here at SRVC. She also has 6 grandbabies and 2 great grandbabies. Michele started working as a vet tech because of her love for animals. Since then she has adopted many dogs that has come thru the clinic needing homes. Most days you will find Michele curled up at home with a good book and her fur babies hanging out by her side.

Lacretia, AKA Nugs AKA 850, has been a technician here at SRVC for the last 12 years. She comes from Pace, but when she married her husband who was in the Air Force at the time, she spent time living in states such as Texas, Alaska, and Mississippi. Most of the girls at the clinic would describe Lacretia as our resident counselor, willing to help out or lend an ear anytime one of the girls at work needs it. She loves low-riders, AKA dachshunds and basset hounds. In her spare time she rides her motorcycle, taking care of the 9 dogs she has at home, going dancing, and driving her big pretty yellow truck around! Most of her animals have come to her through the clinic. Lacretia is all about her family! She’s a mother to 2 children-a son and daughter-and she loves to love on her coworkers and friends babies. Lacretia got into the vet tech field because she loves working with animals and can help make a difference in their lives.

Connie is a receptionist and professional puppy snuggler here at Santa Rosa Veterinary Clinic. Connie has been in Milton for approximately 20 years now, but before coming all this way, Connie spent the first half of her life growing up in Massachusetts.
She has 2 dogs and a cat, all of who are very spoiled and fill the camera roll on her phone!

While she’s spent 23 years of her life working with animals, 20 of those years were spent working in the office of Santa Rosa Veterinary Clinic. Connie’s favorite thing about working with animals is seeing them through their life stages-from puppy hood all the way to their golden years, and loves getting to know them and their people.

As for hobbies and interests, Connie loves plants, photography, reading, motorcycles, and spending time at the river. She is known to be caring and compassionate with all living beings and she loves when clients tell her bad jokes! Connie says she is extremely grateful for all the friendships formed over the years and for the clients who have turned into family.

Nikki, AKA Knick-Knack! Nikki came from Gulf Shores, Alabama but joined our team here in Milton 3 years ago. You may have seen this wonderful woman working the front desk or caring for your animals during one of your visits as she is both a receptionist and a tech. With 6 years of experience in the animal care field, Nikki says her favorite thing about working with animals is that they’re easier to work with than human beings at times.

She has some extremely photogenic animals including 3 cats (Lilo, Mittens and Kahlua), 2 dogs (Bubba and Shadow), and 1 horse (Rolex). Some people say Nikki is a walking thought bubble and you may hear her make a lot of different noises walking through the clinic.

Some of her hobbies include horseback riding, trail riding with the jeeps, and going to the creek. Nikki’s favorite thing in life is being a new mom and a wife. We love getting to see her adorable family (animals AND humans)! Nikki has been such an asset to our team and we can’t imagine life at the clinic without her! 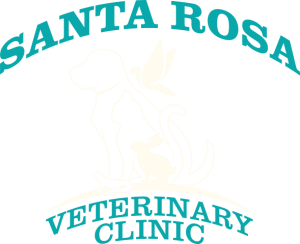